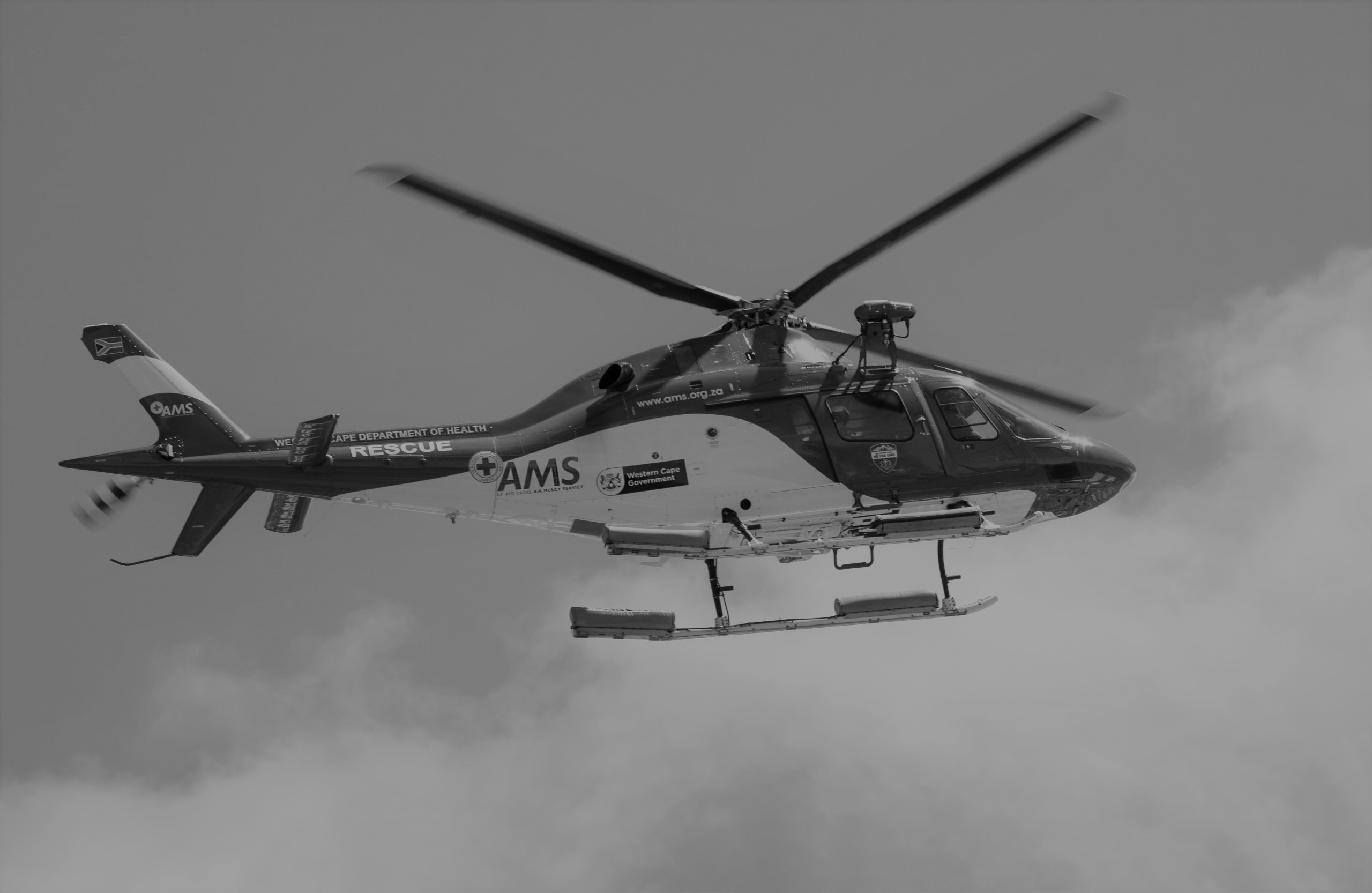 Decisions are a key issue in the organizational domain, and errors that could derive from bad choices are of terrible impact on the organization and its performance. In the financial and in the commercial sector, the exposure to overconfidence in decision-making is considered the main cause of target failure in companies (Frydman & Camerer, 2016; Russo & Schoemaker, 1989). Worst is the case of the health sector, where the medical error is estimated to be the third leading cause of death in the US connected to workplace decisions (Makary & Daniel, 2016), and most of these accidental deceases have been accounted for no-deliberative decisions made by the personnel (Zhang, Patel, Johnson, & Shortliffe, 2004). Research developed in organizations indicates that decisions taken in the workplace are often the result of entrenched preferences and subjective expectations, following the logic of situational appropriateness rather than rational procedure (March 1994). These illogical premises on which decisions often are based are named heuristics and cognitive biases. Heuristics, introduced by Herbert Simon (1957), are considered simple human algorithms present in peoples’ minds applied for economizing cognitive resources and simplify tasks, When such mind shortcut departs reasoning from logic and normative processes, it can sometimes show a bias, which is the tendency to induce an incorrect, irrational conclusion based on cognitive factors (Tversky & Kahneman, 1974).

Based on research in the development psychology domain, Miller and Byrnes (2001) have defined and assessed the construct of Decision-Making Competency (DMCy), which relies on self-regulation and metacognitive processes for examining choice options and mastering decisions. The rising interest toward decisional competencies and perceived job characteristics has lately met the recent psychology interventional paradigm, which is questioning if these are stable components or if some training programs can enhance them.

In literature, the ultimate intervention for improving decision-making competencies is named debiasing. Developed through experiments conducted in a laboratory, the debiasing aims at improving the awareness in decision-making processes, by addressing subjects to manage logical incongruences and incoherent perceptions (Gerling, 2009). Composed of several techniques, debiasing helps people to consider new information during the decision-making, which might support the generation of different solutions and avoid heuristics and biases. Recently, such a program has been revisited and applied in organizations as a single training session to improve employees’ decisional competencies and much more their performance at work (Soll, Milkman, & Payne). Along with it, starting from empirical studies in the field, I/O psychologists have recently developed a new interventional program to improve the work experience. Namely, job crafting training, aims to help employees to improve their control over perceived job characteristics and their psychological state, by shaping, molding, and redefining their work activities. Indeed, Job crafting is based on self-initiated change behaviors, and as a construct, it has been developed to study the alignment between employees’ expectations and their jobs (Petrou, Demerouti, Peeters, Schaufeli, & Hetland, 2012).

Both interventional programs, built on single training sessions, have been shown to improve significantly decision-making competencies and job crafting behaviors in participants. Whereas the former relies more on analytical improvements, and the latter is intrinsically related to motivational forces, they rely on similar processes. Both of them work by eliciting cognitive reframing (Hirt & Markman, 1995; Wrzesniewski & Dutton, 2001), developing self-regulation (Byrnes, Miller, & Reynolds, 1999; Tims, B. Bakker, & Derks, 2014), improving reflective thinking (Arkes, 1991; Niessen, Weseler, & Kostova, 2016) and proactivity (Bakker, Tims, & Derks, 2012; Emby & Finley, 1997). For what concerns the workplace, the effects of such training programs, are beneficial for the improvement of control over job resources and demands, and well-being at work. Still, evidence that both training programs can improve a work outcome as job performance is inconclusive at present (Claessens, Van Eerde, Rutte, & Roe, 2010; Morewedge et al., 2015; Tims, Bakker, Derks, & van Rhenen, 2013). Taking these training programs together, the current research project, by using a quasi-experiment grounded on two samples (experimental group VS control group) of employees from the health care and commercial sector, aims to empirically answer to some pragmatic questions. Firstly, with a one-shot intervention, is it possible to help employees to craft their jobs by improving also their decision-making processes? Secondly, can this combination, through better management of job characteristics and of the psychological state, enhance significantly the job performance? Before discussing the expected cross-benefits of such blend training, we first present the job crafting framework intervention considered in this study, and the debiasing program by introducing hypotheses related to the above questions. There are conceptual reasons to think how a joint intervention, composed of a debiasing and job crafting training together, can multiply the magnitude of improvements at work (e.g. better management of job resources and demands, less exhaustion, and finally greater job performance). These training present similarities in terms of cognitive mechanics and techniques, which can fruitfully interact together. Considering the practice, the use of daily or weekly diary studies is a common method for both approaches, which provides an accurate picture of the experience associated with work activity. Indeed, the development of awareness is the first step needed for eliciting reflective thinking and for learning new coping strategies over the heuristic response. Both of them, create a virtuous circle, which facilitates the elaboration of new information and the production of a less automatic response.

The intervention proposed by this research project was designed for about four weeks and based on a one-day workshop delivered to participants, together with a notebook with the contents of the training, and a diary with the monitoring questionnaires. Before the workshop session, the research staff provided participants the baseline questionnaire, they were asked to complete it and explained the anonymous nature of the data collection during the instructions. After this, the first part of the workshop, based on face-to-face soft skill training and conducted by professional HR trainers, started. The training was firstly aimed to develop awareness toward such constructs including background theory on the JD-R model (Bakker & Demerouti, 2007), participants first mapped their job demands, job resources, and recognized job crafting strategies, as well and decision-making processes that can be detrimental in such processes, such as biases or heuristics. Employees were trained to make small adjustments to their approach to decisions made at work and to formulate job crafting goals in a personal plan. Overall, results show that the intervention was fruitful for improving decision-making competencies and an inclination toward individual job redesign. Moreover, thanks to the use of growth models we were able to understand how these processes of learning develop over time.

Finally, implications for companies consist of the employee-initiated improvement of job characteristics together with collaborative decision-making developed by this training, which in turn can positively increase employee performance and as well job satisfaction.

One of the biggest issues of human health today is road safety. Nearly, 1.2 million people die every year in road crashes worldwide. One of the main causes of road trauma and injury is mobile phone distraction among drivers and vulnerable road users such as pedestrians or cyclists. A recent investigation conducted by Dr. Oviedo-Trespalacios from CARRS-Q at the Queensland University of Technology (QUT) showed that the use of mobile phones due to professional duties increases the likelihood of using the phone during safety-critical moments on the road (e.g., while crossing the road). The physical and mental transition from the work domain to the home domain – namely commuting – is one of these critical moments on the road. Typically, some job processes (such as business calls, job ruminations, or workgroup texting) are often managed or completed during commuting. Therefore, the daily workload and consequent strain experienced may have an effect on safety behaviors during the commute. Specifically, poorly designed job demands could influence health-compromising behaviors such as mobile phone use while driving or walking. Also, job and personal resources, such as recovery processes, may protect commuters from exhaustion and distraction deriving from job duties. Although the relationship between job demands and risky behaviors while commuting seems probable, this has never been addressed by the scientific literature. Emerging evidence shows that deadlines, time pressure, and stressful cognitive job demands may contribute to human health.

In light of this, the present project, by combining the job demands-resources theory and the result of the imbalance between them, will explore the impact of end-of-day job strain on the safety of commuters. A promising collaboration between the research of the Work and Organizational group of Verona University (APRESO) and QUT better elucidates the effects of work-related stress on driving behaviors.

The outcomes from this project offer an innovative framework to study the impact of work on road crashes and ultimately human health. Potential pathways for interventions will be established, and later utilized, to seek funding from external bodies (e.g., government, industry partners, or philanthropic funds).

Since mobile phone use, while driving is an increasingly common form of distracted driving, and given its widespread prevalence, researchers need to identify factors that may predict who is more likely to engage in this risky behavior. This research project aims exactly to understand associated personality factors. This is not only important for identifying psychological mechanisms underlying risk behavior, but also for more effective prevention and intervention programs.